At 2AM, in the dark morning hours of June 28th, Mark Zuckerberg woke up and got on a plane. He was traveling to an aviation testing facility in Yuma, AZ, where a small Facebook team had been working on a secret project. Their mission: to design, build, and launch a high-altitude solar-powered plane, in the hopes that one day a fleet of the aircraft would deliver internet access around the world.

Zuckerberg arrived at the Yuma Proving Ground before dawn. “A lot of the team was really nervous about me coming,” Zuckerberg said in an interview with The Verge. A core group of roughly two dozen people work on the drone, named Aquila (uh-KEY-luh), in locations from Southern California to the United Kingdom. For months, they had been working in rotations in Yuma, a small desert city in southwestern Arizona known primarily for its brutal summer temperatures.

On this day, Aquila would have its first functional test flight: the goal consisted of taking off safely, stabilizing in the air, and flying for at least 30 minutes before landing. “I just felt this is such an important milestone for the company, and for connecting the world, that I have to be there,” Zuckerberg says.

For Facebook, Aquila is more than a proof of concept. It’s a linchpin of the company’s plan to bring the internet to all 7 billion people on Earth, regardless of their income or where they live. Doing so will lift millions of people out of poverty, Zuckerberg says, improving education and health globally along the way. But it will also enable the next generation of Facebook’s services in artificial intelligence, virtual reality, and more. This next era of tech will require higher bandwidth and more reliable connections than we have today, and drones can help deliver both. The road to a VR version of Facebook begins where Aquila leaves the runway. 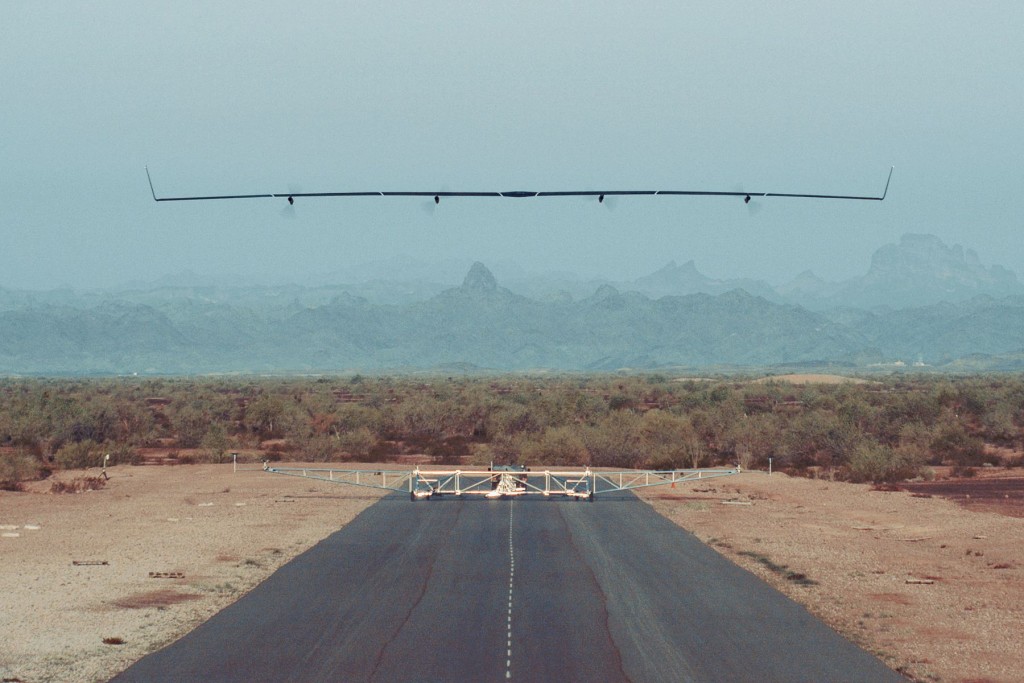 As the Sun rose over the desert, a crane lifted Aquila onto the dolly structure that would propel it into the sky. The drone has a tremendous wingspan: 141 feet, compared to a Boeing 737’s 113 feet. And yet Facebook engineered Aquila to be as light as possible to permit ultra-long flights. Built with carbon fiber, the latest iteration of the drone weighs around 900 pounds — about half as much as a Smart car.

ON THE GROUND, FACEBOOK’S EMPLOYEES WERE ELATED; SOME WIPED AWAY TEARS

A remote control operator activated the dolly, and Aquila began rumbling down the runway. The plane is attached to the dolly with four straps. When it reached sufficient speed, pyrotechnic cable cutters known as “squibs” cut through the straps, and Aquila lifted into the air, where it floated up its test altitude of 2,150 feet and stabilized. On the ground, Facebook’s employees were elated; some wiped away tears. “It was this incredibly emotional moment for everyone on the team who’s poured their lives into this for two years,” Zuckerberg said.

Watching from below, Zuckerberg was struck by Aquila’s deliberate, unhurried pace. “It flies really slowly,” he said two weeks later, at Facebook’s headquarters in Menlo Park, CA. “Most times when people are designing planes, they’re designing them to get people or things from place to place, so there’s no real advantage to moving slowly. But if your goal is to stay in the air for a long period of time, then you want to use as little energy as possible — which means going as slowly as you physically can, while not falling out of the air.” 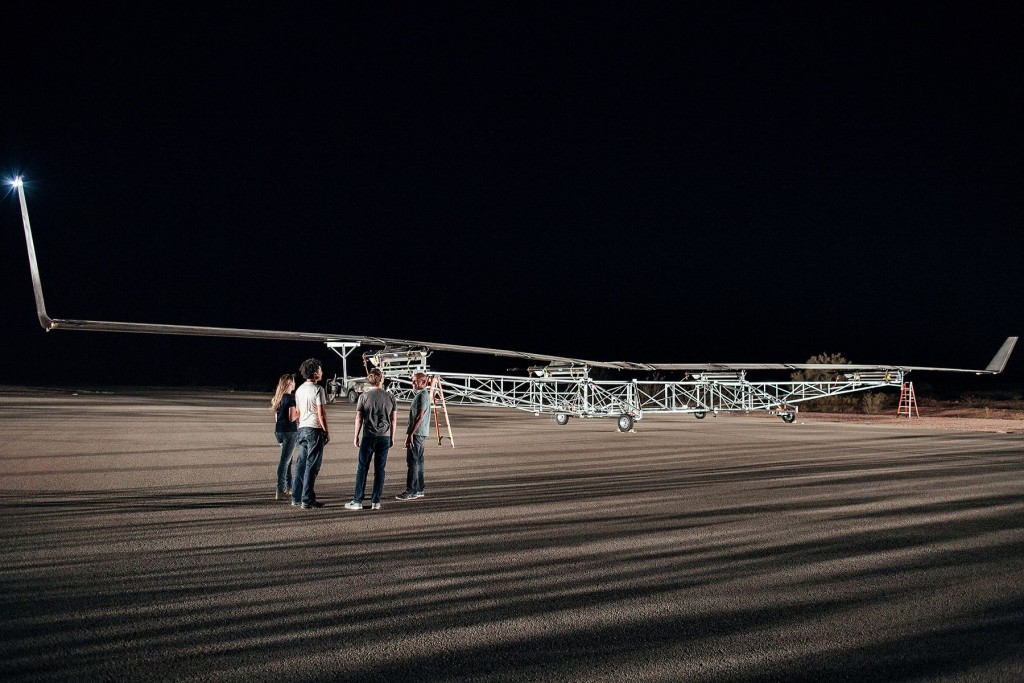